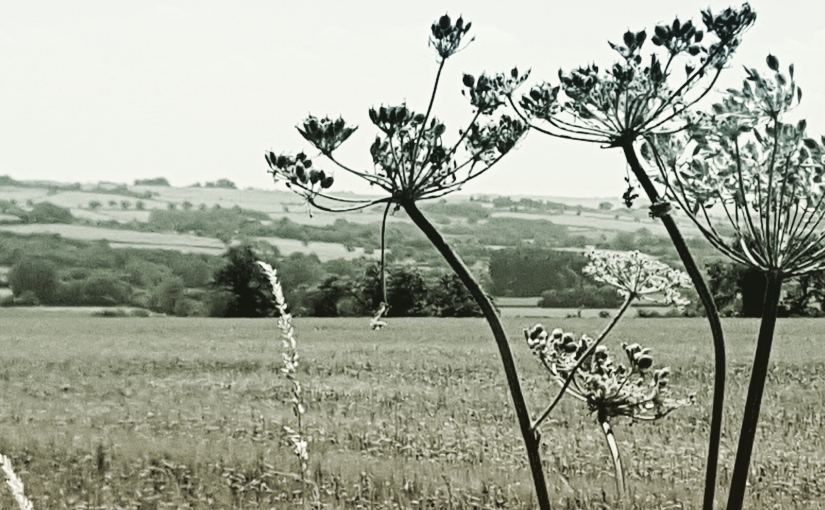 Although it’s still a few weeks away, it’s time to start thinking about Lughnasadh if you want to start writing your festival tale. But what sort of thing could you write about?

Lughnasadh (pronounced loo-na-sa) is celebrated on 1st August and is one of my favourite festivals, although it is my least favourite to spell! It is the last festival of the summer and the first festival of autumn. Like all of the cross-quarter celebrations it marks that point of transition from one season to another. Personally, my autumn and harvest celebrations always kick off at Lughnasadh because I love the season so much; out come the pumpkin decorations and the golden leaves as the first harvest rolls in. But be warned – the hottest days of summer are probably still to come, so be careful!

However, there is a real sense of change to be felt in the air at this time of year. The sun sits slightly lower in the sky and the shadows start to get longer. The nature of the sun’s warmth also feels like it is changing, and some of the sharpness comes out of its heat. Also, the days start to get noticeably shorter and the evenings get just that little bit darker. The summer takes on a sense of maturity and grandeur which is simply beautiful
So, what is Lughnasadh about? Well, its name contains the biggest clue – it’s about the Celtic god Lugh. Lugh is a Celtic warrior, king and sun god and is rather an awesome chap. Although the festival seems to correlate with Lugh’s announcement of a series of games in honour of his mother, ensuring a good harvest as long as the games continue, it’s also worth digging a bit further into his story to find out any tales you feel you can retell. Alternatively, you could write a devotional piece for Lugh. This is the only festival which directly refers to a particular God (with the possibly exception of Imbolc, which mainly focuses around Bridget) so using Lugh as a focus is entirely appropriate. In fact, if you’ve read “The Ritual of Writing”, you will know that this is the perfect festival to attempt a second person narrative in honour of Lugh!
The other name for Lughnasadh is Lammas, which is far easier to spell! The name Lammas comes from the Anglos Saxon festival called “Hlaef Mass”, or “Loaf Mass”, giving a hint as to the other main focus of this festival. Lammas marks the gathering in of the wheat crop and the first of the three harvests (Autumn Equinox marking the fruit harvest and Samhain marking the animal harvest). As such you will start to notice grain crops disappearing from the fields around this time of year. I always go for a walk on or close to Lammas and collect a little bit of grain from the corner of a field to put on my seasonal altar. However, the connotations of this focus are much bigger; as Danu Forest puts it in her excellent book ‘The Magical Year’, Lammas “signals the change from honouring the earth goddess and her gifts of wild foods to revering the ‘masculine’ skills of taming the land with agriculture”.
I also tend to either make or buy a really lovely loaf of bread at Lammas. Too often we take our bread for granted, using it simply in sandwiches or toast, but there is a real joy to be had in eating a good loaf of bread on its own. These days there are so many different foods, so many different tastes, that it can be refreshing to focus on a single staple and really be thankful for it. For our ancestors, a good grain harvest was incredibly important, and there are many traditions surrounding cutting the final stalks in the fields which are worth investigating. I will always fondly remember my school’s harvest festival assembly back in the 1970s. Of course, these were later in the year but I was always struck by the beautiful wheatsheaf loaf that stood at the centre of the display.
As this is the celebration of the corn harvest, one of the most important figures is that of John Barleycorn, the spirit of barley, about whom there are many traditional ballads. In the ballads, the speaker reflects upon the way that barley is treated from sowing to harvesting and being turned into products such as ale. However, as the barley is personified into a human being, it is poor old John who is chopped down, mashed and pulped. This story is a powerful approach to the season, containing the sense of plenty but also the worrying sense that things are coming to an end.
Of course, with this being the change over point between summer and autumn, it is important not to make this festival tale too autumnal! Summer is still in its pomp so begin to think about other forms of harvest in your life. For example, August is a prime time for summer holidays, which is another form of harvest. You’ve worked hard all year for a few days break in the sunshine, enjoying the fruits of your labour – isn’t that the perfect analogy for a time of harvest? Such settings can give stories a more contemporary twist and maybe shift tales away from the more traditional focus. The most important thing when writing your tales is to think “what does this time of the year mean to me”? If that’s not the grain harvest, then begin to think of an equivalent of your own.
For me, Lammas and Lughnasadh has very specific connotations, as you will see in a few weeks’ time when I share my tale. Enjoy the next few weeks, planning what you are going to write about and getting the words down. Take your story out into nature to imbue your tale with the sights, sounds and smells of this time of year – as we head into harvest you will find your senses go into overdrive with the sense of ripeness around you, so see if you can capture it and distil it with your words.
Photograph by Karin Brown at Imbolc Photography (https://brownkcd.wixsite.com/imbolc)

One thought on “Lughnasadh”